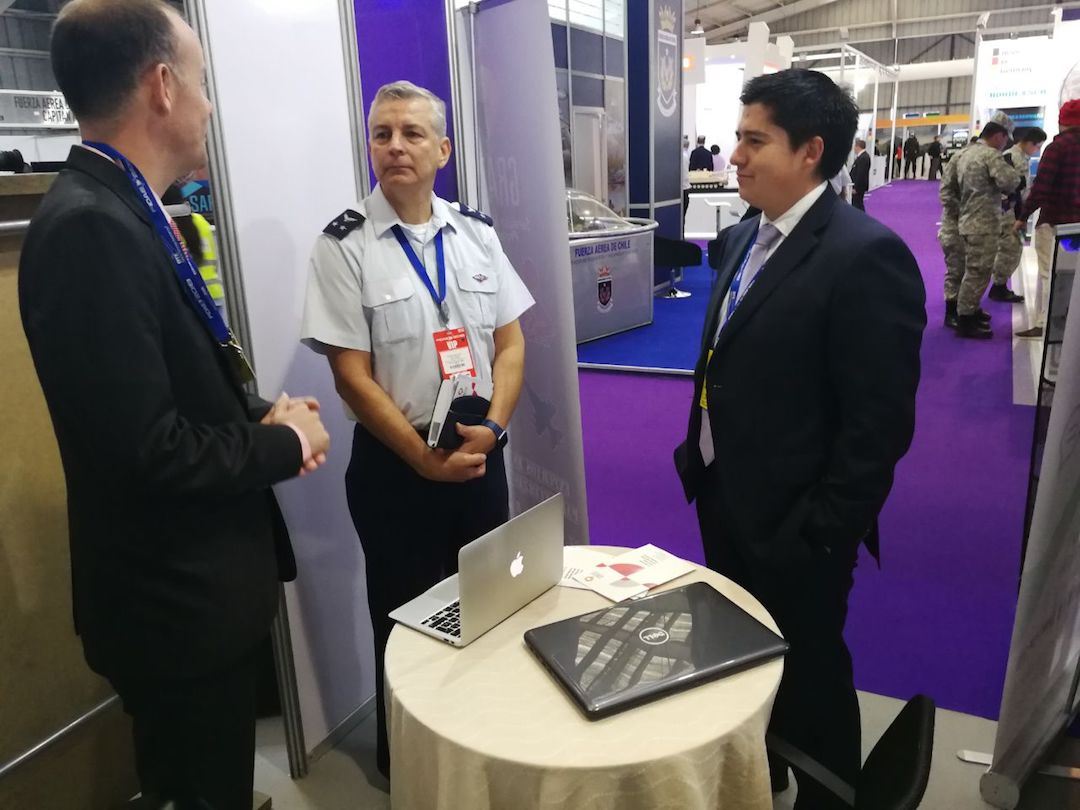 The International Air and Space Fair (FIDAE) is the most important aviation event in Latin America. Between Tuesday 3rd and Sunday 8th April, alongside Arturo Merino Ben&iacutetez airport, more than fifty representatives from different countries have put on display the latest in aerospace technology. Moreover, 150,000 visitors are expected this weekend who will be able to get to know the 120 civilian and military aircraft which are on display at the exhibition.

Here in the middle of this milieu, we can find the GRATO stand, a language consultancy company which has been frequently visited by important representatives from the Armed Forces. Today for example, General Officer José Miguel Aguirre, Head of the Chilean Air Force Education Division, stopped by. This member of the air force showed interest in the language teaching system created by GRATO.

The educational method has shown to have an academic success rate over 85% which has allowed members of the Armed and Security Forces to pass language certification tests which their respective institutions require of them.

Furthermore, the language consultancy company carries out translations and interpretations linked to the world of Defence and Security, a topic relevant for organisations and institutions which they must work at constantly with their peers overseas where the language and culture are different.