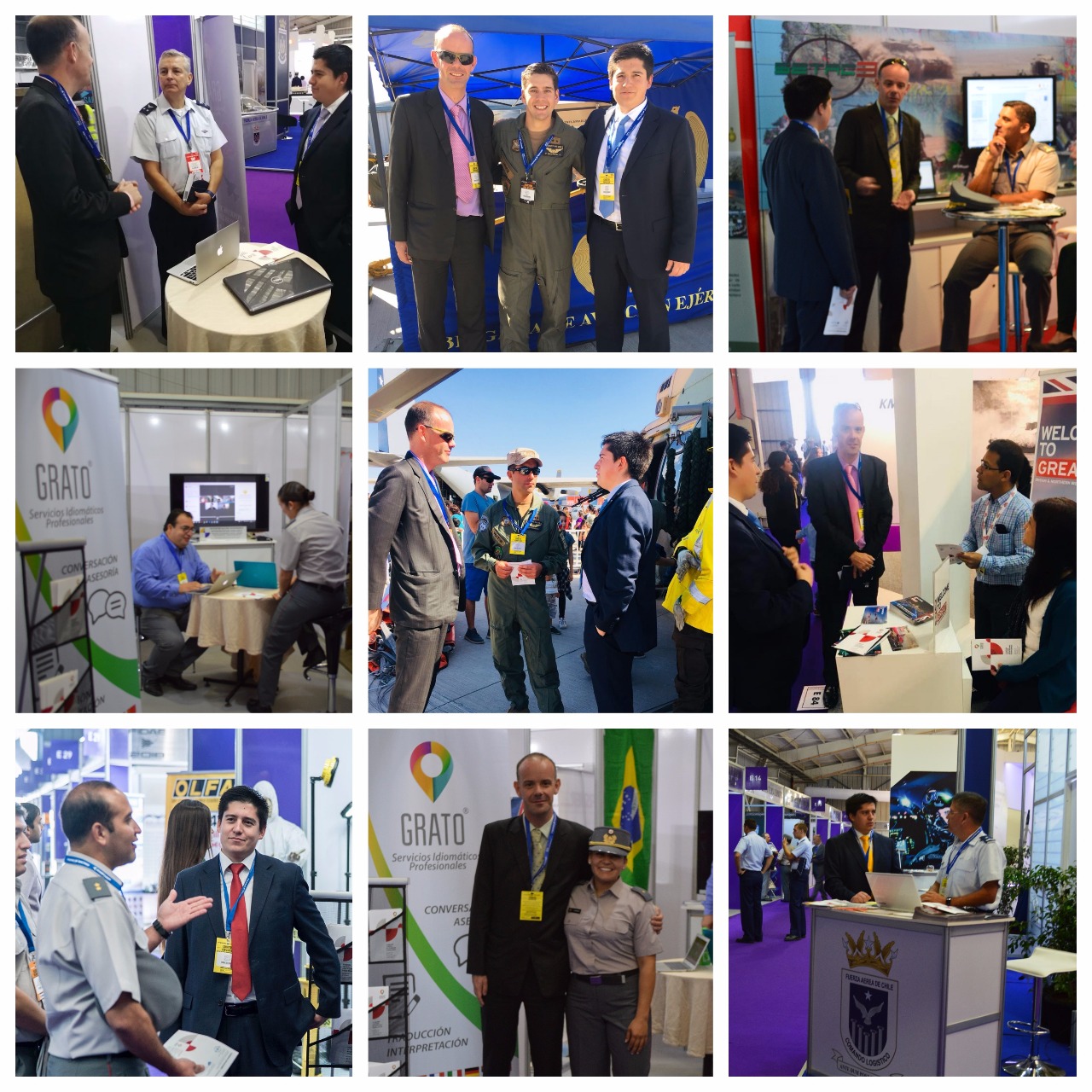 Twittear
The language consultancy company participated as presenters at the Air and Space Fair which concluded its 20th edition this Sunday 8th April. All week, Grato had a tough schedule, meeting representatives from institutions, organisations, and businesses from the civilian and military aerospace field. Furthermore, at the weekend, the public at the exhibition showed great interest in the methodological systems applied by the language experts at GRATO.
In the tight cycle of encounters which the company held, the meetings with the Air Force General José Miguel Aguirre, Head of the Education Division of the Chilean Air Force, Francisca Muñoz, responsible for Public Relations at the British Embassy in Chile, or the invitation which the GRATO executives received to get to know the Army Aviation Brigade display where they were received by Captain Felipe Verdugo and Lieutenant Pablo Monteval stood out.
All these conversations were generated around the schedule fixed by the FIDAE organising committee or, even more importantly, they sprang up spontaneously thanks to the closeness and trust which GRATO generated in the representatives from different organisations who were at the fair.
At the end of the week-long exhibition at FIDAE 2018, the evaluation of the language consultancy company is positive, since the process of consolidation which GRATO has had lately as experts in languages for Defence and Security Topics has been confirmed.
RETURN